The airline you fly with can make all the difference to your overall satisfaction with your holiday or trip away. So why are so many airlines still getting it badly wrong and what can they do to get it right?

It’s interesting to see that British Airways and Ryanair, which have both been criticised by Which? in the past 12 months for not compensating passengers automatically or beyond the legal minimum required, are also among those that failed to impress passengers in our survey on best and worst airlines.

This hasn’t been a great year for BA. First, they disappointed customers following the catastrophic IT failure that ruined thousands of its passengers’ holidays by making it too difficult to claim. Then came the decision to withdraw free food from most of its short haul flights.

Now, the results of our latest survey of the best and worst airlines finds passengers increasingly frustrated with BA. They have slumped to third from bottom of the table, achieving a customer score of just 52%. A big drop from its mid-table ranking the previous year, when it had a customer score of 67%.

In a year when BA introduced paid-for sandwiches instead of a free food option, it’s perhaps unsurprising that passengers gave the airline’s food and drink just two stars. The same poor rating was given for seat comfort and value for money when flying short haul.

One passenger told us British Airways ‘used to be a quality airline, but in its search to save money everything has deteriorated’. Another said: ‘BA seems to have lost the plot with boarding, it’s a shambles’.

BA also found itself rated the third worst carrier on long-haul, behind rivals like Thomson and Thomas Cook for the first time ever in our survey with a customer score of just 50%.

A bad year for Ryanair

Ryanair is another airline that has let its passengers down this year. After failing to inform people of their rights when they cancelled thousands of flights, we intervened, leading to enforcement action from the Civil Aviation Authority. They reluctantly did the bare minimum to support passengers whose holiday plans were in tatters, but it was too little too late for most people affected.

Unsurprisingly you might say, Ryanair came in joint last place with Vueling with a customer score of just 45%, and also scored just one star from flyers for seat comfort.

Passengers told us Ryanair is ‘making people, including the elderly, queue on the stairs for up to 20 minutes’, and: ‘we felt we were travelling cattle class’.

The top spot for short haul flyers in our best and worst airlines survey goes to Auringny Air Services (80%), with the Channel Islands carrier gaining four stars from passengers for its boarding process, cabin environment and customer service.

Also at the top end, Jet2.com (76%) and Norwegian (76%) are proof that cheap prices don’t have to mean poor service. Both budget carriers were awarded four stars by passengers for their customer service.

In the long haul survey, Singapore Airlines finished on top for the second year running. The carrier received full marks in several categories and recorded a customer score of 88%, finishing significantly ahead of Emirates (82%) and Qatar Airways (78%) in second and third place respectively.

So, what can airlines do to regain the trust of their passengers? Well, as a start we think it’s time for airline compensation to be upgraded, we’ve called on Ryanair and British Airways along with all airlines to introduce automatic compensation for passengers when things go wrong.

Currently, if your flight is delayed or cancelled, you may be able to claim compensation or get a refund – but it’ll depend on the reason for the delay or cancellation. If you’ve had a flight delay or cancellation then take a look at our advice guide and use our free tool to make a claim.

I don’t know what you mean by “automatic compensation”. Do you mean compensation whatever the cause of the delay? Or do you mean no one should need to apply for compensation for an acknowledged default (these a covered by EC legislation, aren’t they). From what I recall, those due compensation may not be easy to trace if their method of payment is not as simple as their credit or debit card, if they were a group or business travellers paid for centrally for example. and do you compensate the group organiser or the individual?

Statutory compensation should be made easy to claim and I would have thought each passenger should be automatically given a claim form at the time of the problem, and the airline should be required to process compensation quickly

For compensation that falls outside the current “rules” i think it is up to the passenger to decide if they have suffered a material loss, and make their case. There are adjudicators to assist, such as CEDR.

Automatic compensation as a request seems the current bandwagon. It has cropped up in other fields. The thing to remember is that the compensation paid will be recovered from other customers through higher charges. That might be what we want, but I’d prefer to publicise airline negligence when it happens and expect people to use airlines with better customer service records. Better to improve performance for all than to get money back for a few perhaps?

I tend to agree with Malcolm.

Anything that adds to airlines’ obligations tends to provoke a reaction – smaller luggage allowance, pay extra to sit in selected seats . . . unless it was made compulsory they might add a surcharge to the fare in return for automatic compensation [a sort of insurance policy].

It would seem that competition is dealing with poor airline performance where the customer has a choice [unless price is the paramount consideration, of course].

Indeed. Ryanair, to mention but one, charges for all sort of extras – food, drinks, luggage, seats inside the aircraft, oxygen, heating…

I even read recently that groping the stewardess in the 1970’s could now lead to a charge.

They had stewardesses? Thought it was self catering.

At least they seem to have thought up a way of dealing with the shortage of pilots and overbooking. 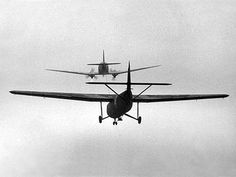 It’s true that our airlines are all trying to make money by squeezing us. It is legitimate
if they make their terms clear but we all know that they do not. Recent bad Easyjet
experience:make booking in my name-box below asks me if I want to add another
passenger, which I do.
Arrive at airport and am then told that because I made this joint application I will
have to pay for a second suitcase- £37 each way. A porter nearby informed me that
this happened all the time and the airline ‘makes a fortune ‘.
A reputable airline would make it clear that adding an extra passenger would mean
paying extra for a suitcase (not having it hidden in small print. Not reputable.

Many airlines still get it badly wrong because they gamble that most of us also gamble that nothing will go wrong. We choose the destination first and then the ticket price. The airline comes last unless we’re very well off, which most of us aren’t.

As a victim of “BA’s catastrophic IT failure” last May, its immensely frustrating that we have still not been compensated for the cancellation of our holiday, nor for the expenses of over £1000 incurred as we were stranded in London for 3 days before we could get flights home. And never mind our consequential losses that we incurred (car hire and hotels) that we were unable to reclaim from the suppliers, as we had cancelled at zero notice)

But I’m not convinced that this was an “IT failure”. From the reports that emerged in the days afterwards, it seems that someone had somehow managed to power down an entire data centre, and then, realising what they had done, tried to turn the power back on again, thus compounding the issue? But doesn’t this flag up concerns over competence and possible negligence, either by BA or by a BA contractor? After all, HOW was it possible to design and build a mission-critical data centre without many failsafe measures, and an automatic failover to an offsite backup? What was the competence of the person who could seemingly bypass any failsafe mechanisms and uninterruptible power supplies, and turn it all off? And then, not understanding the implications of what they had done, attempt to just switch it on again? Was that person supervised? How were they allowed to be where they were without proper controls?

It doesn’t seem to me that this was an “act of God” like a lightning strike, for example. It feels much more like a human failure……and therefore should there not be scope to claim for all consequential losses, possibly against BA’s insurer, if not BA themselves? Based on the limited information available, it feels like negligence played a significant part in this issue – and that could/should be reflected in the liability BA has to its customers?

Returning from Pisa I was astonished to be told I had not booked our 2 20kg bags back to Dublin. Ryanair charged me €80 – I was held to ransom, could not leave tham at Pisa! At home I quickly checked and found I had paid for the bags in advance and had an email to prove it. Ryanair refunded the €80 but left me to pick up the bank fees! I asked for compensation for the distress caused … no chance!

I have Norwegian grand children so fly Ryanair between Oslo and Stansted regularly and have done so for more than ten years. I cant help but notice that the criticisms of Ryanair are exaggerated to the point they become out and out lies. Ryanair is mainly Boing 737 800 . If you are flying out of Stansted and something is wrong with your aircraft you would never know they replace it with a another 737-800 . The crews are all trained on this aircraft so the same thing applies.
In a recent survey of reliable aircraft carriers Ryanair did not show . If the survey was based on passenger miles I cant see how Ryan was not on the list. Which has just done an article on the seating arrangements on Ryanair . I wonder has the author ever been on a Ryanair flight . I think for creditability Which should remember a great many people fly Ryanair so when rushing into print you should remember many of your members know how good they are

We have flown Ryanair twice, and their service, organisation, attitude and approach are appalling. When we fly, we now choose a different airport to avoid Ryanair.

To clarify, this is based on our annual customer survey of airlines. Here is the link to information on our most recent survey, Ryanair was featured. https://www.which.co.uk/news/2019/01/ryanair-and-the-worst-uk-airlines/

It is great that you have such good experiences with Ryanair. It is always good to hear about a great consumer experience.